Crowd Flow monitors the number of fans in their seats throughout the game.

It’s binary data (someone is either in a seat or not), but when looking at the whole venue it’s incredibly insightful. 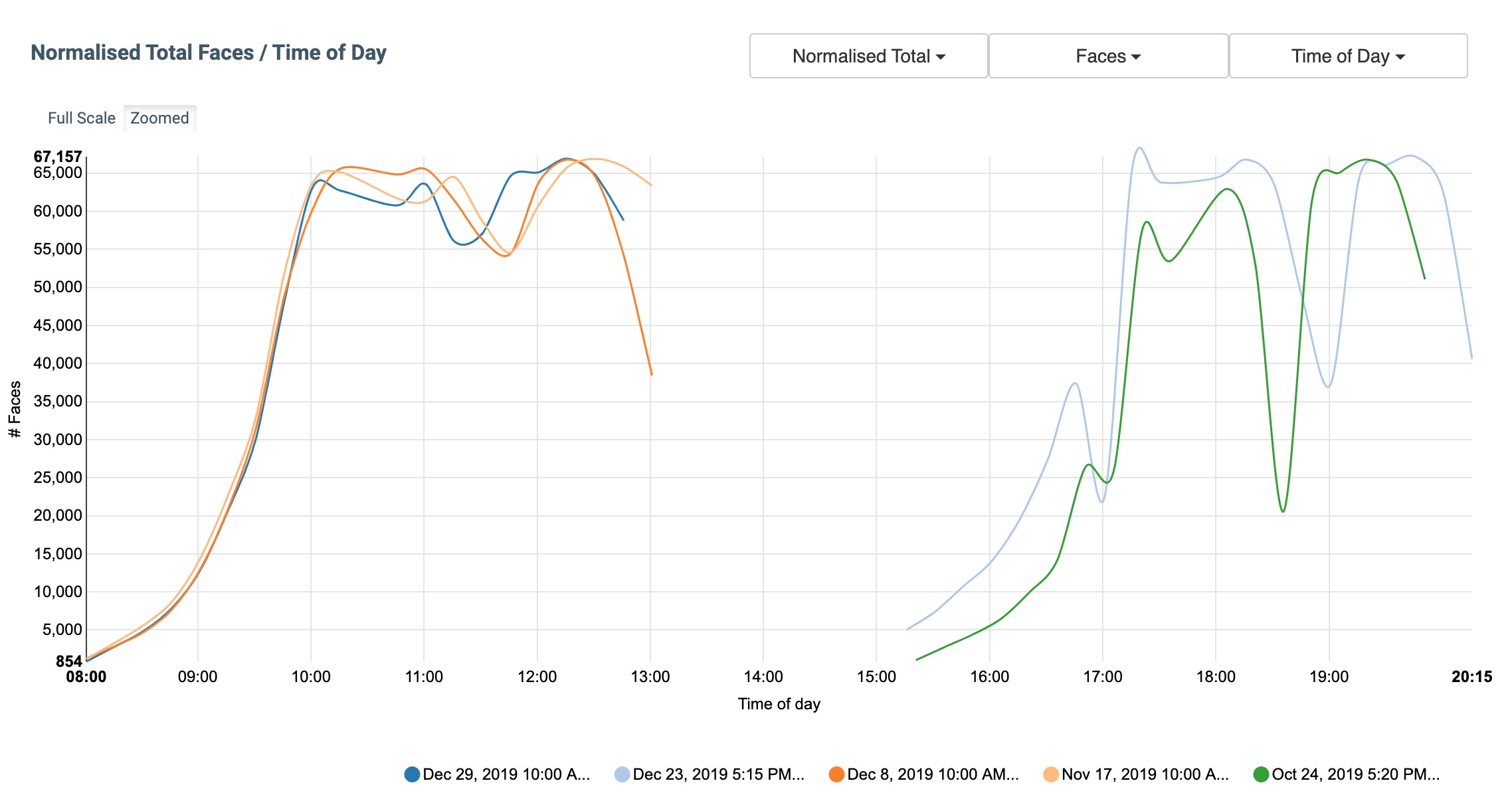 In the real-world example above it’s clear that day and night crowds have different movement patterns. You’ll see significantly more fans leave their seats during halftime for evening games. It would be encouraging for the team to note that more than 95% of the fans are in their seats at the start of games – a good indication that their new touchless turnstiles are working as expected.

This same data is also used to:

When combined with Demographics this data allows teams to determine to what extent different promotions or changes in programming work.